This presentation describes the most common and serious diabetic foot complications. Being able to understand and identify these is fundamental in preventing amputations and suffering.[stats_efc] 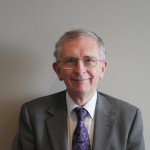 Professor Michael Edmonds is a Consultant Physician at King’s College Hospital in London with a special responsibility for care of the diabetic foot.  He developed a multi-disciplinary diabetic foot clinic in 1981, one of the first in the world.  This clinic brought about a 50% reduction in major amputations in people with diabetes at King’s College Hospital. He is a past Chairman of the Diabetic Foot Study Group of the European Association of the Study of Diabetes.  He has co-authored the book Managing the Diabetic Foot (Blackwell Science) and A Practical Manual of Diabetic Foot Care (Blackwell Science), which was voted BMA Book of the Year in 2004.  He won the Karel Bakker award at the 6th International Symposium on the Diabetic Foot in 2011 and more recently in 2013 the DFSG Achievement Award.  He has also won the Edward James Olmos award for the advocacy in amputation prevention at the DF Con 2014 and gave the Arnold Bloom lecture at Diabetes UK in 2015.
Lecture(s):
What goes wrong with the diabetic foot?
Ulcer classification